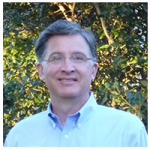 Brent Nyquist, Registered Architect, NCARB is President of Atticus Architecture, Inc. and has been active in the design and construction of high end homes in Houston for twenty five years. Brent has been advocating building Healthy Homes since beginning his practice and stresses quality construction as part of his focus on building Green. 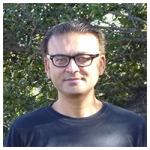 His education and career span several continents and is an avid traveler. Mukundrai is particularly versed in the fold of art history in architectural style. His considerable artistic contribution to the practice has enabled a wide variety of architectural styles with unique characteristics suited to each building. As project manager, he oversees the regulatory approval & design philosophy throughout the building process.

Mukundrai graduated with a Bachelor of Arts in Architectural Studies degree from Oxford Brookes University in Oxford, England in 1992 with post-graduation studies at the Royal Melbourne Institute of Technology in Melbourne, Australia & at Arizona State University in Tempe, Arizona.

We achieve architectural excellence through a thoughtful design process which provides each project with an overriding concept. We pursue this goal through a careful consideration of the history, context and programmatic requirements unique to each project. We take pride in our knowledge of materials and methods of construction within a given budget. We encourage the client to be actively involved throughout the design process and to participate in molding the appropriate design solution. Through this process, we believe both the client and architect have the ability to contribute to the project completion.

We are a small firm that can offer our clients the advantages of personal service by the principal as well as the depth and breadth of twenty-five years of professional practice.

We take pride in producing work which is sensitive to the environment as well as to the context and scale of each site and that it is also reflective of the clients unique tastes and lifestyle.

We are experienced in all phases of architectural practice, from site analysis and feasibility studies, through construction administration. Our experience spans a wide range of building types and construction practices with an emphasis on high quality custom homes. Our interests extend to the design of lighting, hardware, and furniture as an integral part of architectural design. We practice architecture because we create spaces that enhance the human condition and allow for the evolution of the spirit.